Spinning off from the bestselling Dream Man and Rock Chick series, this is the emotional and steamy contemporary romance fans of the Dream Team series have been waiting for! 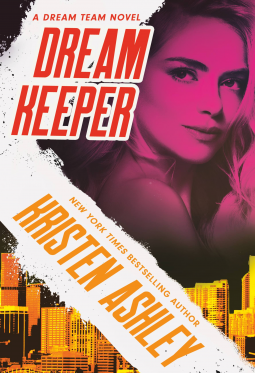 Pepper Hannigan is determined to keep any romance off the table—and out of her bedroom—while her daughter Juno is still young. Sure, a certain handsome commando is thoughtful, funny, and undeniably hot, but Pepper’s had her heart broken before, and she won’t let it happen again. Not to her or her little girl, even if this hero could melt any woman’s resolve.Augustus “Auggie” Hero can’t deny his attraction to beautiful, warm-hearted Pepper or how much he wants to make a home with her and her little girl, but Pepper’s mixed signals have kept him away. That is, until Juno decides to play matchmaker. Her efforts finally bring Pepper into his arms, but they expose the danger Pepper is in. To protect Pepper and Juno, Auggie will have to live up to his last name and prove happy endings aren’t just for fairy tales.
4 Stars
I say this every time I finish a Kristen Ashley book...I LOVE IT. There's something about this author's storytelling that really sucks you in. She makes you fall for every character and trickles in past characters who you loved earlier in the series and you just can't get enough!
Auggie and Pepper have an undeniable attraction, but she's been hesitant to move anything forward with him. Even with her daughter, Juno, and Pepper's friends push for it. But when Pepper finds herself in trouble with her estranged family and some questionable people, Auggie steps in to protect her and Juno.
Dream Keeper is the typical KA book where the Alpha male comes swooping in the save his woman from trouble and crazy antics caused by her and friends. It's why I love reading these books! It's filled with steamy and sweet moments and a lot of twists and turns and danger.
About the Author

Heard It in a Love Song by Tracey Garvis Graves 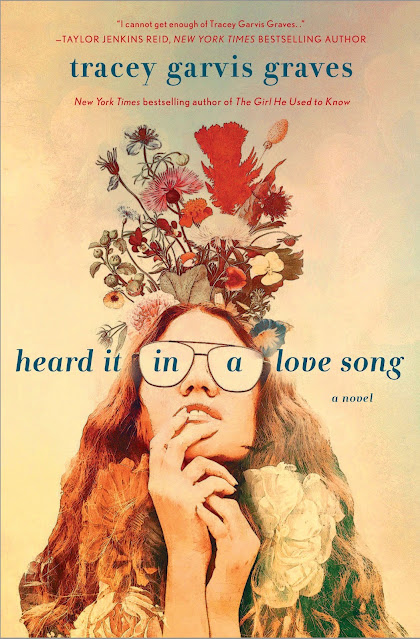 Purchase on Amazon.
Layla Hilding is thirty-five and recently divorced. Struggling to break free from the past—her glory days as the lead singer in a band and a ten-year marriage to a man who never put her first—Layla’s newly found independence feels a lot like loneliness.
Then there’s Josh, the single dad whose daughter attends the elementary school where Layla teaches music. Recently separated, he’s still processing the end of his twenty-year marriage to his high school sweetheart. He chats with Layla every morning at school and finds himself thinking about her more and more.Equally cautious and confused about dating in a world that favors apps over meeting organically, Layla and Josh decide to be friends with the potential for something more. Sounds sensible and way too simple—but when two people are on the rebound, is it heartbreak or happiness that’s a love song away?From the bestselling author of The Girl He Used to Know comes a love song of a story about starting over and second chances.
3.5 Stars
Heard It in a Love Song is a low-drama romance, that is sweet all around. It's all about finding trust and love again after failed marriages.
Layla left her marriage after realizing that her ex is someone who mentally knocked her down and she knew she could move on her own. Layla deserved so much more. Josh is now a single dad after realizing his long-time marriage has changed over time. He married young and they just grew apart.
I really enjoyed how this book is written - it takes you present and then to the past to get the backstory of each characters.
Posted by 2 Girls Book: An Asian & White Chick Walk into a Book Blog at 9:55 AM No comments: