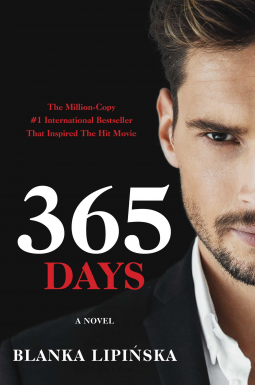 The sexy and deeply romantic internationally bestselling novel that inspired the blockbuster movie.Laura Biel and her boyfriend are on a dream vacation in beautiful Sicily. On the second day of their trip, her twenty-ninth birthday, she is kidnapped. Her kidnapper is none other than the head of a powerful Sicilian crime family, the incredibly handsome, young Don Massimo Torricelli, who is determined to possess her at all costs. Massimo has his reasons. During an earlier attempt on his life, a vision appeared before his eyes: a beautiful woman, identical to Laura. After surviving the attack, he vows that he will find the woman in his vision and make her his own. No matter what.For 365 days, Massimo will keep Laura captive in his palatial estate and attempt to win her heart. If she doesn’t fall in love with him during this time, he will let her go. But if she tries to escape at any point, he will track her down and kill her entire family.Soon Laura develops a fascination with her handsome and powerful captor. But as a precarious, risky relationship forms between them, forces outside their control threaten to tear them apart...
4 Stars
Let's say start by saying this movie version on Netflix is hot, and I loved it. I've been waiting for the English version of this book forever and I'm so glad I had the opportunity to read and it was just as HOT as the film.
365 Days is steamy, sexy and just OMG with the characters. You couldn't help yourself to hate, but love Massimo Torricelli. He's dangerous, rich, rough, and a criminal, but can be oh so sweet to Laura.
As you know, he kidnaps Laura and give her 365 days to fall for him and if it doesn't work out, he will let her leave. Sure, it sounds terrible and awful, but Laura has free reign of her life. Laura is not a meek and mousy character - she's sassy, independent and knows how to push Massimo's buttons! That is what I loved about her - she didn't cower from him.
About the Author 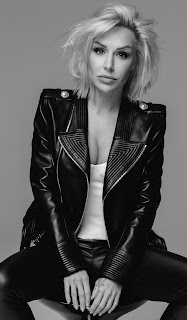 Blanka Lipinska is one of the most popular authors and influential women in Poland. She’s an author out of desire rather than necessity and writes for fun instead of money. She loves tattoos, values truthfulness, and treasures altruism. Annoyed with the lack of openness about sex, she took it upon herself to start a discussion about the many sides of love. She likes to say that talking about sex is as easy as preparing dinner. With over 1.5 million copies of her bestselling trilogy sold in Poland, Blanka was ranked as one of Poland’s highest paid writers in 2019 by Wprost magazine. In 2020 the same magazine listed her as one of Poland’s most influential women. The Polish National Library readership survey lists her in the top 10 most popular authors in Poland and Forbes Women magazine included her among the top female brands. Her bestselling novel 365 Days is the basis of one of 2020’s most successful Netflix movies worldwide. The film has spent 10 days as #1, the second highest in the chart’s history.
Posted by 2 Girls Book: An Asian & White Chick Walk into a Book Blog at 1:29 PM No comments: 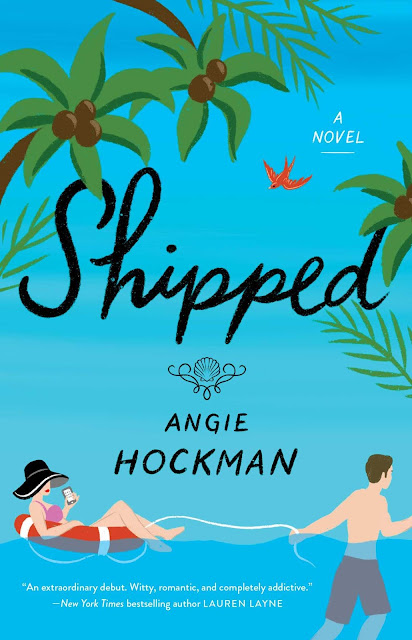 Between taking night classes for her MBA and her demanding day job at a cruise line, marketing manager Henley Evans barely has time for herself, let alone family, friends, or dating. But when she’s shortlisted for the promotion of her dreams, all her sacrifices finally seem worth it.

The only problem? Graeme Crawford-Collins, the remote social media manager and the bane of her existence, is also up for the position. Although they’ve never met in person, their epic email battles are the stuff of office legend.Their boss tasks each of them with drafting a proposal on how to boost bookings in the Galápagos—best proposal wins the promotion. There’s just one catch: they have to go on a company cruise to the Galápagos Islands...together. But when the two meet on the ship, Henley is shocked to discover that the real Graeme is nothing like she imagined. As they explore the Islands together, she soon finds the line between loathing and liking thinner than a postcard.With her career dreams in her sights and a growing attraction to the competition, Henley begins questioning her life choices. Because what’s the point of working all the time if you never actually live?
4 Stars!
Such a cute book! This is the first book from this new author and I'm a fan. Shipped is a great rom-com, weekend read. It had the elements of a book that doesn't make you put it down - humor, sweetness, chemistry and overall loveable characters.
Henley and Graeme are characters who have chemistry from the beginning. Henley has been working her tail off and wanting to land a Director position within her cruise line company. There are two things standing in her way: her chauvinistic boss and Graeme Crawford-Collins, the social media manager, at her company. He may be handsome and sexy, but her impressions of him, has Henley determined to win the promotion over him.
Their boss sends them to the Galápagos to propose the best digital marketing plan and whoever has the best proposal wins the promotion. This trip takes a wild and fun turn for these two and they begin to figure out who they really are. And does the promotion really mean that much more than their relationship?
Again, Shipped is a quick and fun read and makes me want to head to the Galápagos right now!

About the Author
Angie Hockman is a RWA Golden Heart Award® winner. Her professional background includes stints in law, education, and eco-tourism, but these days you can find her writing romantic stories, enjoying the outdoors with her family, or dreaming of her next travel adventure. She lives in Northeast Ohio with her husband, young son, two cats, and one ornery golden retriever. To learn more, visit www.AngieHockman.com or follow Angie on Instagram and Twitter @Angie_Hockman
Posted by 2 Girls Book: An Asian & White Chick Walk into a Book Blog at 2:47 PM No comments: